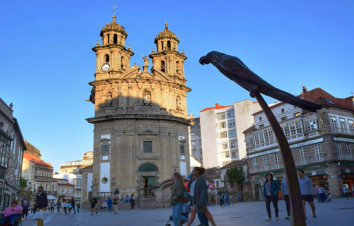 Join us in an exploration of the globally acclaimed city of Pontevedra!

Famous for its rich heritage, but also for the many awards it has been collecting in recent years owing to its revolutionary pedestrian model, the quaint capital of the Rias Baixas region in Galicia is a must.

Pontevedra went through a radical urban transformation for the best making it simply superb for a good stroll.
Thus, when joining a free(*) walking tour with Galicia Unveiled, we will share with you our own perspective on the “boa vila” (‘the good town’) – as seen by a local – in fluent English.

Yet, we love to “go with the flow”, so we’ll be delighted to improvise if there’s something specific you’d like to see, or if we get caught up in an interesting conversation about something 😀

(*) About the free nature of the tours: As explained in our T&Cs, free means that no fixed amount is ever charged before or after a regular walking tour in the city of Pontevedra EXCEPT FROM bookings made through Viator–TripAdvisor, as we have to abide by their own rules and regulations. Book directly with us to avoid this.
Other than that, we operate on a courtesy basis where tips and donations are most welcomed but not required. You can pay as much or as little as you want according to how much or how little you liked the tour 🙂 You can do it on the spot or you can do it later via Paypal.
We work following the passion and satisfaction of making our city and country known to the world through you, esteemed traveller, but we also need some sort of income in order to maintain this project alive.
Free tours are not private tours, meaning that other people or parties may join us, but always up to a maximum of 10 adults.

Other (non-free) locations and further travel arrangements are available on demand, including private tours. Please contact us directly for further information: info@galiciaunveiled.com 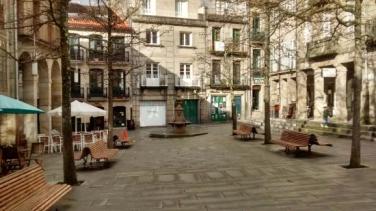 – Minors must be well-behaved and accompanied by responsible adults at all times.

– It is an easy walk, but please bear in mind that tours might be relatively lengthy with no stops for sitting. Make sure you are ok with that and duly prepared in terms of fitness, dress, etc.

– The tour is suitable for people on wheelchairs! No wonder Pontevedra won a few prizes for being “the most accessible city in Europe”.

More information about Pontevedra in this section.

Have you taken this tour? You might want to consider leaving a tip and/or a comment in social media and so on 😀

Tips and donations (thanks!)